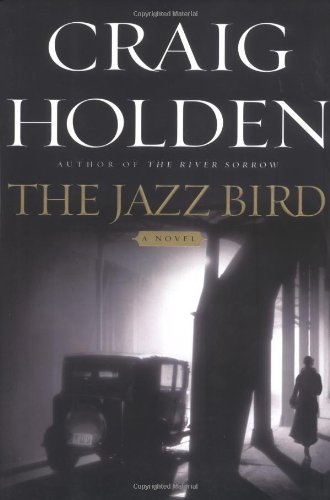 Based on a true story, this deftly written novel by Holden () delves deep into the murk of the Jazz Age, blending mystery and history in a heady cocktail. Charlie Taft is a prosecutor in late 1920s Cincinnati; he is also the son of William Howard Taft, Supreme Court chief justice and former president. When bootlegger George Remus turns himself in, in October 1927, for shooting his society wife, Imogene, Charlie thinks he's been handed a career maker. But all is not as simple as it seems. Through testimony and Imogene's diaries, Charlie becomes fascinated with the dead woman. Dubbed the Jazz Bird by Remus's men, she is a fabulous creation—brilliant, beautiful, extraordinarily intelligent, naïve—and deeply loved by her husband. Remus is a fascinating character, too, his fortune made by purchasing alcohol allowance certificates from pharmaceutical corporations. Forced into prison in 1924, Remus is saved by Imogene, who goes to humiliating lengths to get him released, but the nature of her act leads him to believe he was betrayed. Is this why he killed her, or is he truly insane, as he pleads in court? Throughout the effective trial sequences, the reader learns the story slowly, as Charlie does, and there are twists to the very end. The poignancy of the story lies in Holden's uncanny ability to make his creations believable, flaws and all, and in his evocation of the charged and sultry 1920s.