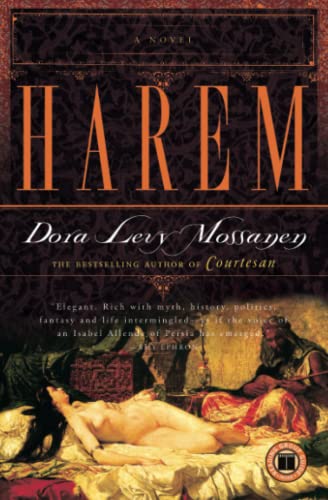 Lush and erotic, this first novel overflows with the magic and sensuality of Arabian Nights tales, 19th-century orientalist paintings and languorous, silken-pantalooned harem beauties. Set in 14th-century Persia, the tale moves easily between the crowded, garbage-strewn alleys of the Jewish quarter and the magnificent palace of the shah. The shah's palace harem is concealed behind a tracery of delicately carved stone panels, where his 365 wives and their many attendant eunuchs lounge, and the queen mother, Bibi Sultana, rules. In the Jewish quarter, the characters are Rebekah, the indomitable heroine; the ancient Zoroastrian, a seeress; the one-eyed rabbi; the merchant Rouh'Allah, who realizes nearly too late he loves Rebekah; and Moses, fated to be gelded and become a lover to the shah. Rebekah is only 10 when she's married to Jacob the Fatherless, a brutal blacksmith, and branded by him with a hot iron bar between her breasts, a mark that will assume nearly supernatural importance. After Jacob commits suicide, Rebekah becomes a prostitute to support her child, Gold Dust. Determined to place her daughter within the harem, she sells her charms to Narcissus, the chief eunuch, even though he carries "his manhood pickled in a jar." Gold Dust becomes the shah's favorite, but provides the sonless ruler with another daughter, Raven, who will eventually be as implacable as her grandmother. The multifaceted story involves an invasion by the Mongol hordes under Teymour the Lame (Tamerlane) and daring escapes by Rebekah and Gold Dust. Shamelessly exotic, it's a delightful read and a grandly romantic escapade.