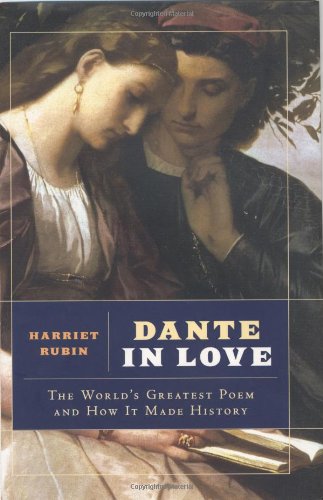 DANTE IN LOVE: The World's Greatest Poem and How It Changed History

The infectious blend of accessibility, erudition and practical wisdom that characterized Rubin's previous is abundantly present in her . Acting as our Virgil, Rubin follows Dante not only through the haunted realms of his but through the worldly circumstances and ideas that shaped it. Along the way we are given—in the form of brief but pungent digressions—deft thumbnail portraits of contemporaries like Guido Cavalcanti and Pope Boniface VIII as well as succinct explications of such crucial aspects of Dante's cosmology as Gothic architecture and the philosophy of Aquinas. One might single out Rubin's pages on the "memory theatre" and its role in medieval education as a model of insightful concision, but the book offers numerous other examples. That Rubin is able to interweave—without oversimplification—such occasionally arcane material into a compelling and fast-paced narrative speaks to an overall sense of great learning lightly worn and of a trust in the reader's intelligence not always evident in such popularizing accounts. Rubin's professional background in the world of business publishing (she founded the highly successful Doubleday Currency line) might have made her earlier meditation on the elegantly blunt insights of the early modern Machiavelli seem a more natural subject than the spiritual journey of the medieval Dante, but the book shows no signs of it. To say that she makes Dante's great poem "relevant" to the concerns of today might make her work seem like a crude exercise in empty uplift. Rather, she recognizes that the all-too-human pain of Dante's exile and slow progress toward authenticity produced a work whose hard-fought insights are more urgent than ever. Rubin quotes from a number of translations of the , most often and gratifyingly from the much-underrated rhyming version of John Ciardi. .