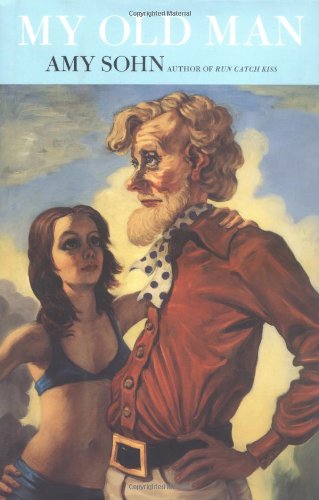 Sex columnist Sohn's second novel mines the same territory as her 1999 debut, , and her popular columns in and magazine—basically (for which Sohn wrote a companion guide) without the over-the-top glamour or under-the-skin kindness of the heroines. The laughs—which Sohn certainly provides—tend to be of a guilty sort, inspired by too-easy stereotypes (of Brooklynites, "theaterfucks," the French, etc.). Rachel Block, a 26-year-old rabbinical school dropout–turned–bartender in the gentrifying Brooklyn neighborhood where she grew up, is having a "quarterlife crisis," looking for love and a new life direction. She thinks she's found both in Hank Powell, a famous indie-film producer old enough to be her dad. As their "relationship" (a series of sexual encounters, each more degrading than the last) progresses, Rachel learns that her father is having an affair with her young neighbor. Sohn describes both pairings with plenty of salacious details, but the book falters under the weight of pronouncements about bourgeois values, family dynamics and May-December relationships ("It's postmodern primal," says Powell. "Your dad's having sex with a surrogate you while you're down here with a surrogate him!"). Rachel, alternately funny, narcissistic and pathetic, can be difficult to root for, and the book's ending long oversteps the bounds of believability. .