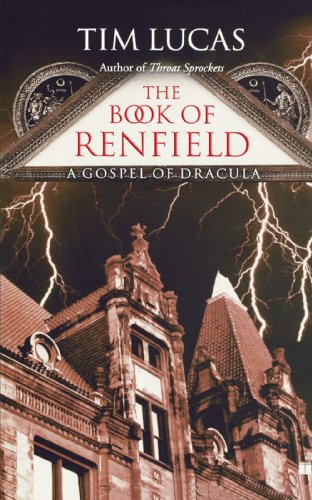 THE BOOK OF RENFIELD: The Gospel of Dracula

Renfield, the bug-eating madman who skulks on the periphery of events in Bram Stoker's , takes center stage in Lucas's pastiche of Victorian penny dreadfuls. His Boswell is John L. Seward, administrator of the local sanitarium, who presents the personal interviews, diary extracts and conversations that make up this book as information that never made it into Stoker's novel. Unlike his traditional hysterical caricature, the Renfield of this Dickensian account is a sensitive foundling whose childhood hunger for love was never fulfilled by cruel peers and adults. Even his infamous obsession with animals begins as a search for affection from childhood pets. A superb storyteller, Lucas ( ) mimics Stoker's style so well that it's hard to distinguish his own writing from passages interpolated from . Nevertheless, his achievement is dubious. The Shakespearean fool of Stoker's tale, Renfield is best in his bit part as a commentator whose insane remarks are both eerily prescient and a dark reflection of his evil vampire master. This fully humanized character study will appeal mostly to readers who didn't get enough of him in .