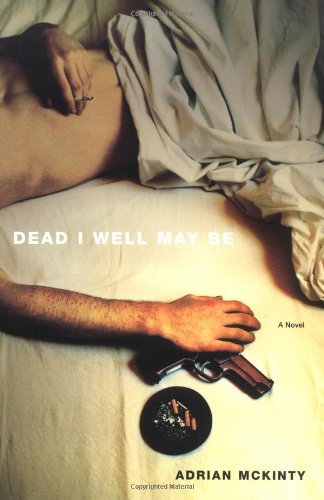 DEAD I WELL MAY BE

McKinty's second novel is a brutal tale of revenge starring a young illegal immigrant from Ireland who chooses a criminal career in New York over unemployment in Belfast. Arriving in the city in the early 1990s, the antihero Michael Forsythe lands a spot as an enforcer for Irish mobster Darkey White. Though Forsythe at first keeps his hands relatively clean, he soon racks up a significant number of kills in skirmishes with rival crews as well as with Dominican gangs warring for control of the streets. An affair with his boss's girlfriend leads to a setup: he and his mates are trapped in a drug sting in Mexico and abandoned in a remote prison. "If someone grows up in the civil war of Belfast in the seventies and eighties, perhaps violence is his only form of meaningful expression," McKinty writes early in the novel, and the bulk of the story recounts Forsythe's grisly efforts to escape and avenge himself, including a stint with a Dominican group seeking to oust Darkey White. The pace is brisk and energetic, but Forsythe remains a cipher—a self-educated intellectual who listens to Tolstoy on tape during a stakeout but exhibits puzzlingly little interest in finding an alternative to the gun and the knife. The dark, brooding tone is reminiscent of Dennis Lehane, but McKinty has yet to achieve Lehane's depth and complexity.