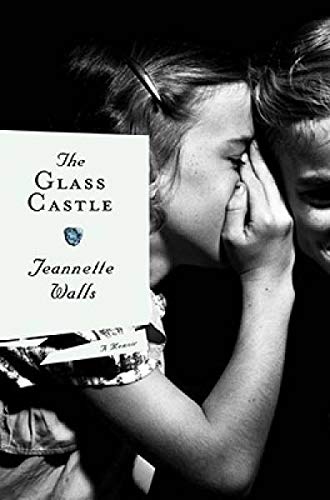 THE GLASS CASTLE: A Memoir

Freelance writer Walls doesn't pull her punches. She opens her memoir by describing looking out the window of her taxi, wondering if she's "overdressed for the evening" and spotting her mother on the sidewalk, "rooting through a Dumpster." Walls's parents—just two of the unforgettable characters in this excellent, unusual book—were a matched pair of eccentrics, and raising four children didn't conventionalize either of them. Her father was a self-taught man, a would-be inventor who could stay longer at a poker table than at most jobs and had "a little bit of a drinking situation," as her mother put it. With a fantastic storytelling knack, Walls describes her artist mom's great gift for rationalizing. Apartment walls so thin they heard all their neighbors? What a bonus—they'd "pick up a little Spanish without even studying." Why feed their pets? They'd be helping them "by not allowing them to become dependent." While Walls's father's version of Christmas presents—walking each child into the Arizona desert at night and letting each one claim a star—was delightful, he wasn't so dear when he stole the kids' hard-earned savings to go on a bender. The Walls children learned to support themselves, eating out of trashcans at school or painting their skin so the holes in their pants didn't show. Buck-toothed Jeannette even tried making her own braces when she heard what orthodontia cost. One by one, each child escaped to New York City. Still, it wasn't long before their parents appeared on their doorsteps. "Why not?" Mom said. "Being homeless is an adventure."