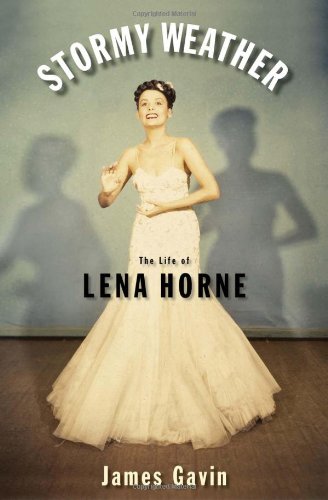 The clouds rarely lift in this grim, perceptive biography of Hollywood’s first African-American screen siren. Gavin ( ) makes clear that much of Horne’s perpetual frustration stemmed from the racism black entertainers faced in the pre–civil rights era. MGM glamorized her as a darker version of its white starlets, but gave her small roles and singing cameos that Southern theaters could conveniently excise. As a cabaret chanteuse and Vegas headliner, she battled segregated nightclubs that let her sing to, but not drink with, white customers, and racial attitudes tainted her relationships with black audiences and with her white husband and lovers. Still, Horne’s failures and heartaches seem largely determined by her talent and character. Her movie career, Gavin contends, fizzled more because of limited acting ability than studio perfidy, while a chaotic childhood left her a “nasty woman” ready to “freeze people into oblivion.” Indeed, her unhappiness shaped a successful stage persona—a cross between “a cobra” and “a panther devouring her prey”—that infused romantic lyrics with scornful irony. As Horne grows from “joyless toddler” to chilly, bitter diva, Gavin’s clear-eyed account makes her the author of her life, and her pain. Photos.