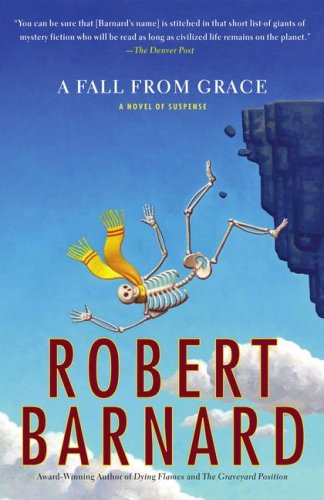 A Fall from Grace

Undercurrents of sexual exploitation pervade Diamond Dagger Award–winner Barnard's diverting eighth suspense yarn featuring Insp. Charlie Peace (after 2005's ), who has left London for suburban Slepton Edge with his pregnant wife, Felicity. Tagging along is Felicity's father, egotistical romance novelist Rupert Coggenhoe. Felicity and Charlie soon discover that Rupert followed them to Slepton Edge less to be nearby than to escape rumors of a past illicit relationship, which soon plague him anyway, especially after he takes up with seductive, manipulative teen Anne Michaels. Anne, who leads a group of drama students harassing newcomers to Slepton Edge, craves attention and amuses herself with petty blackmail. When a murderer strikes, suspicions point in many directions, including a doctor who curiously left his practice to run for mayor and a local cop who's a macho "ladies man." An implausible coincidence on a bus undoes some of the thrill of the chase, yet Barnard's tale raises some unsettling questions about the "destructive power of children."