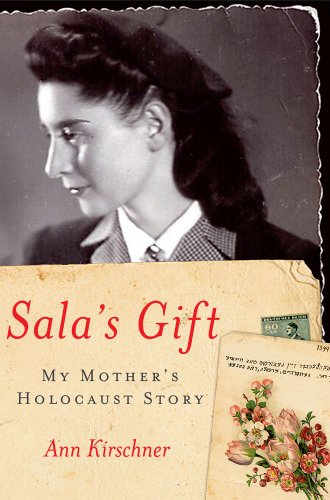 This moving account illuminates a little-known aspect of the Holocaust: Organization Schmelt, in which Jewish leaders supplied slave labor to the Germans for the war effort. In 1940, 16-year-old Sala Garncarz, a young Polish Jew (and the author's mother), went to work in a Schmelt labor camp in place of her frail older sister, Raizel, who had been ordered there for six weeks by the local Jewish Council. But six weeks stretched into five years. Sala worked at seven German, Polish and Czech camps until she was liberated by Russian soldiers. In 1999 Sala shared with the author the box of letters that she had written and received during this period . Sala survived by her wits and the protection of Ala Gertner, an older woman who was later hanged for participating in an uprising at Auschwitz. Sala's correspondence with Ala after the latter left the work camp, and the letters she exchanged with Raizel and other family members and friends are heartrending testimony to the extreme suffering of Polish Jews. After the war, Sala married an American soldier and immigrated to the U.S. Kirschner, president of a management consulting company, has skillfully crafted her mother's documents, interspersed with a powerful and informed narrative. 16 pages of photos.