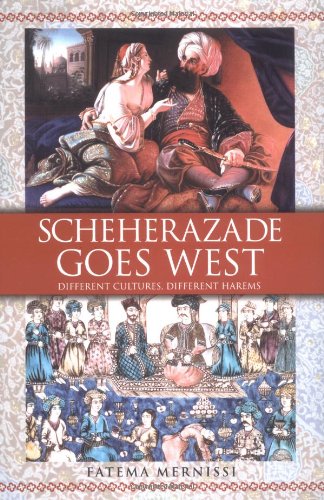 For Western men, the very word typically provokes voluptuous sexual fantasies in which men have their way with vulnerable women who are happy to satisfy their needs, observes Mernissi, feminist sociologist and Koranic scholar. In Islamic culture, by contrast, the harem is seen as the site of a dangerous, sexual power struggle in which powerful women resist male domination. The mythical Scheherazade, who recounted enough tales to fill , models this female power, Mernissi () argues. In a cerebral rather than physical seduction, Scheherazade recounted complex tales to her king, using her —her ability to penetrate a man's brain by using the right words. So subversive was that power that her stories were published in Arabic only a century after appearing in French, and they remain a target of Muslim censorship. Using a wide range of Islamic sources—etymology, art, religious law, cultural history—Mernissi develops a nuanced analysis of the sexual power of Islamic women. By probing Western representations of Scheherazade—in ballet, Hollywood movies, painting—she also reveals the West's tendency to misconstrue the harem. Unfortunately, Mernissi's naïveté about the West mars the book. After a few casual chats, some skimming of peculiar or derivative sources and a trip to a designer's shop in New York, she concludes that Western women are as tyrannized by the pressure to be a size 6 as Islamic women are by the veil. Additionally, Mernissi's stream-of-consciousness style of storytelling can be irritating. More troubling, she never returns to her initial mission to understand the Western image of the harem.