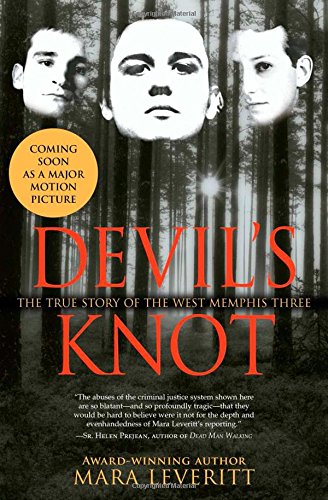 DEVIL'S KNOT: The True Story of the West Memphis Three

Arkansas investigative journalist Leveritt () presents an affecting account of a controversial trial in the wake of three child murders in Arkansas. In May 1993, three eight-year-old boys were found mutilated and murdered in West Memphis, a small and tattered Arkansas town. The crime scene and forensic evidence were mishandled, but a probation officer directed the police toward Damien Echols, a youth with a troubled home life, antiauthoritarian attitudes and admiration for the "Goth" and Wiccan subcultures. Amid rumors of satanic cult activity, investigators browbeat Jesse Misskelley, a mentally challenged 16-year-old acquaintance of Echols, into providing a wildly inconsistent confession that he'd helped Echols and a third teen, Jason Baldwin, assault the boys. Leveritt meticulously reconstructs the clamorous investigation and two jury trials that followed. All three boys were convicted on the basis of Misskelley's dubious statements and such "evidence" as Echols's fondness for William Blake and Stephen King. Leveritt, who makes a strong argument that the convictions were a miscarriage of justice, also suggests an alternative suspect: one victim's stepfather, who had a history of domestic violence, yet was seemingly shielded by authorities because he was a drug informant for local investigators. Sure to be locally controversial, Leveritt's carefully researched book offers a riveting portrait of a down-at-the-heels, socially conservative rural town with more than its share of corruption and violence.