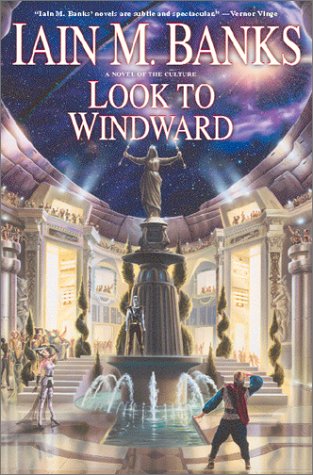 Set in Banks's far-future interstellar civilization known as the Culture, this highly literate novel from this celebrated British SF author () centers on an act of revenge. The Culture is enormously rich and values personal freedom above all else, but it also has a tradition of meddling in the affairs of other, lesser civilizations. This is invariably done with the best of intentions, but occasionally things do go wrong. Parallels to U.S. foreign policy are probably intended, witness the book's dedication to "the Gulf War veterans." In a recent attempt to covertly overthrow the repressive caste system at the center of Chelgrian society, agents of the Culture's secret Special Circumstances unit accidentally triggered a civil war that left five billion Chelgrians both dead and dishonored. Now Chel has sent an ambassador named Quilan to the artificial, bracelet world of Masaq' Orbital. Ostensibly he's there to try to convince Ziller, a famous Chelgrian expatriate composer, to return home, but his real mission is to eliminate the AI that controls the Culture orbital. This action will also bring about the destruction of approximately five billion human souls held in suspended animation, thereby, the Chelgrians believe, balancing the books. Although things start a bit slowly, Banks's fine prose, complex plotting and well-rounded characters will eventually win over even the most discerning readers, and all will find themselves fully rewarded when the novel reaches its powerful conclusion.