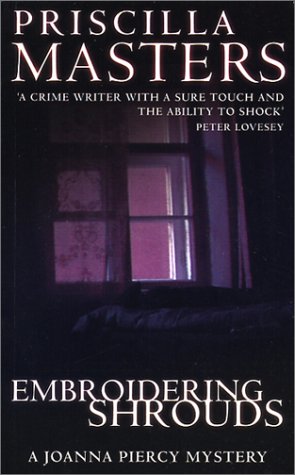 The sixth book in Masters's Joanna Piercy mystery series (, etc.) is as subdued as its small-town setting and contemplative heroine, but readers more intrigued by police procedure than pulse-racing suspense will delight in piecing this puzzle together. Detective Inspector Joanna and her partner, Mike Korpanski, find themselves delving into closely held family secrets when they are called upon to investigate the killing of Nan Lawrence, who was attacked while stitching a tapestry for her local church. Nan's murder is the worst in a recent spate of crimes perpetuated against the elderly ladies of Leek, England, and the malicious deeds have Joanna and Mike flummoxed. A gang of youths has been blamed for the incidents, but are they responsible for the murder as well? While Joanna and Mike dig into Nan's past and investigate her estranged family, they attempt to sort out their own domestic dilemmas, which adds dimension to this methodical mystery. Although much of the action occurs off-stage, Joanna's strong, independent personality drives the story and will carry readers to the novel's sober yet satisfying denouement.