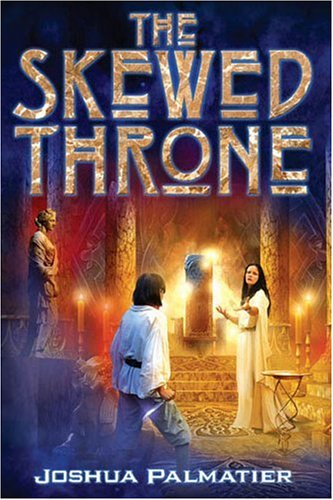 Power without control breeds a madness just as deadly as an empty stomach. That's the key message in Palmatier's intense fantasy debut set in the decadent, crumbling city of Amenkor. Palmatier succeeds admirably in passionate, if simplistic, prose to sketch a heartfelt portrait of Varis, a girl gifted with the supernatural ability to see innocence in gray and guilt in red after an unearthly fire sweeps through Amenkor for the second time, leaving insanity, illness and deadly change in its wake. Orphaned at six after her mother's murder, Varis learns to survive by her wits in the Dredge, the market street outside Amenkor's slums. As a young teen, she develops a knack for murder and thievery that attracts Erick, a royal guardsman who kills anyone the ruling Mistress wants eliminated. Due to her street smarts, Varis eventually escapes the Dredge to work as a bodyguard for a wealthy trader, only to realize that she can't escape the mysterious destiny awaiting her within Amenkor's "skewed throne." This solid, earnest effort will especially appeal to young adults.