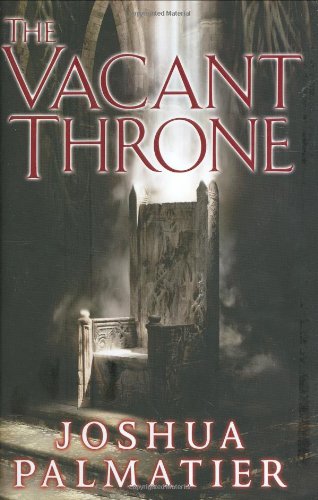 The solid third Throne of Amenkor novel (after 2006’s ) delivers plenty of action and intrigue. Varis, the ruling Mistress of Amenkor, struggles to rebuild Amenkor’s defenses and economy after a devastating attack by the seafaring Chorl. Varis was only able to save Amenkor by destroying the Skewed Throne, Amenkor’s ancient seat of protective power, and now must rely on her own inner resources. Meanwhile, her mentor, Erick, tortured by the Chorl, lies near death. The arrival of a ship from the southern port city of Venitte brings the hope of alliance, especially if Varis can locate the Stone Throne, built to protect Venitte, but mysteriously lost centuries earlier. The hope that a lord in Venitte may be able to heal Erick pushes Varis to travel there, even as Chorl forces are on the move at sea and on land. Palmatier’s intriguing characters and complex setting continue to entertain in this deservedly successful fantasy series.