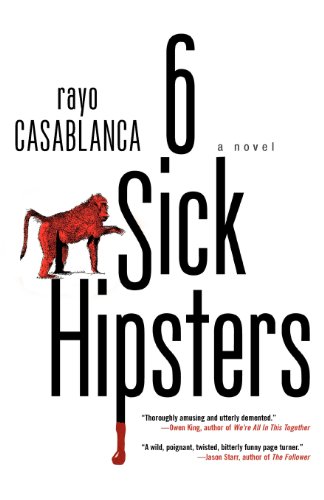 Casablanca satirizes a big, soft target in his debut: the hipster paradise of Williamsburg, Brooklyn. Serial killer Doctor Jeep has been on a killing spree, offing an array of hip locals. The cops have bungled the investigation, so a small band of Williamsburg hipsters who call themselves the Whole Sick Crew decide to hunt down Doctor Jeep and kill him, despite the fact that none of them knew anything about killing or hunting down killers. Things, of course, go wrong, and the results are bloody and reveal a horrifying secret. Though Casablanca nails the cheesiness of the neighborhood and its residents, he gives his characters some amazingly stilted dialogue, and the narrative’s awkward, late shift into quasi-thriller territory doesn’t quite work. There’s a good time to be had watching the skinny jean set suffer, and that may be enough to hook a chunk of readers.