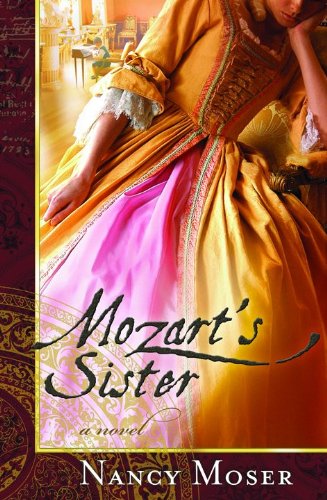 In the shadow of her famous sibling, Wolfgang Amadeus Mozart, older sister Nannerl was perhaps no less talented but devoid of the opportunities of the time because of her sex and a controlling parent. At least this is the argument presented in this historical novel by Moser, author of numerous inspirational novels, including the Sister Circle series. As told by Nannerl in the first person, a demanding father channels his love and energies into his young son. Although Nannerl performs, her father denies her a chance at fame—and perhaps more important, the lion's share of his attention and love. He relentlessly tours Europe with his children, lying about their ages to make them seem like younger prodigies and exploiting them for large sums of money. Nannerl adores her father, but as she ages from a young adolescent into a woman, she seems numbingly resigned to a life of disappointment and frustration. As she moves into adulthood, more unhappy events occur, which are not quite satisfactorily developed in the novel's latter half. Moser's writing is smooth, and there are some fascinating historical details, but the story loses steam toward the end. That Nannerl's sad life is portrayed as the will of God will be difficult for many readers to accept.