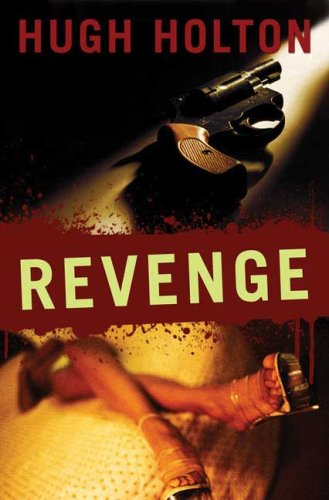 Stilted prose and improbable situations mar the 10th and last novel to feature Chicago cop Larry Cole (after ) from police lieutenant Holton (1947–2001). Eight years after murdering a watchmaker in Switzerland, international criminal Carlos José Perfido has assumed a new identity as an acclaimed musical actor. When someone guns Perfido down on a Chicago stage one night, the killer at first appears to be Morgana Devoe, the love interest of Cole's police cadet son, Butch. Devoe used an elaborate gun-concealed-in-binoculars device to fire two shots at Perfido, in revenge for her watchmaker uncle's murder, but ballistics soon show that the third, fatal shot, came from another weapon. Even action fans who could care less about plot coherence will struggle to keep a straight face, especially during the climactic gladiatorial showdown involving a man-eating tiger and two starving lions set up by the mastermind of the book's violence.