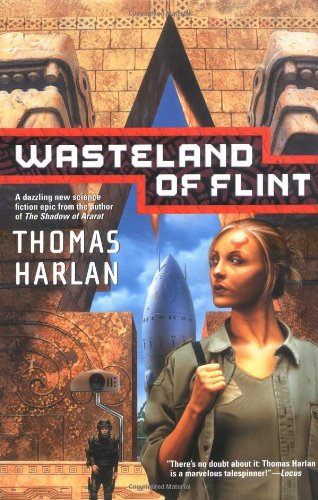 Deftly weaving alternate history with traditional space-opera elements (the plucky civilian archeologist, the band of loyal mercenaries, the unorthodox yet honor-bound naval captain), Harlan () presents an SF "puzzle" novel highly sensitive to character and culture. Employees of the Company and the star sailors of the Fleet explore Ephesus III, a mystery planet left half-rebuilt. While the Company serves as a standard-issue corporate backdrop, the unusual Fleet represents the military arm of a dual Aztec-Japanese empire, Imperial Méxica. Swedish-Russian Gretchen Anderssen, an exile from the last nation to resist the Imperial Méxica conquests, leads the Company team. To discover the secrets of Ephesus III, she must work with Green Hummingbird, who's an Imperial judge and (shaman). Mitsuhara Hadeishi, a Fleet (commander), lends support as he struggles to keep his ideals, despite his lack of opportunity in a class-ridden Imperial military. In a plot that draws heavily on Aztec and Japanese traditions, Gretchen and Hummingbird clash over their alternate ways of seeing (scientific and mystic), but learn to synthesize their expertise. While the book shows some military hardware in action, Harlan puts far greater emphasis on the workings of minds, whether human or alien.