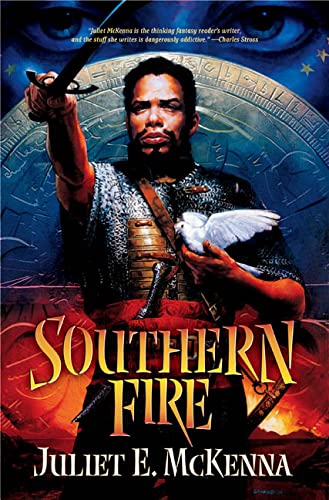 British author McKenna, already known for her Tales of Einarinn series, is bound to earn plenty of new fans with her U.S. hardcover debut. Although the folk of the vast Aldabreshin Archipelago live by portents and auguries, they fear magic, to the point of executing those felt to be tainted by it. After brutal magical attacks from the south push the Archipelago's citizens to near panic, fair-minded warlord Daish Kheda strives to forge an alliance with his fellow warlords, but petty squabbles stand in the way. When another warlord attempts to murder Kheda and his family in their sleep, Kheda disappears, letting his enemies as well as allies assume he's dead. An original and intriguing setting, impressive world-building and compelling writing set McKenna's work apart from a field thick with far less ambitious fantasy works. Fans of Rosemary Kirstein and Robin Hobb will enjoy this book. .