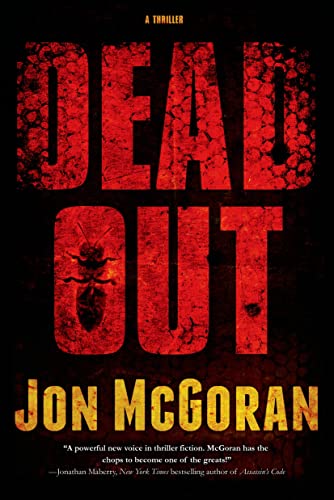 McGoran fluidly blends science and suspense in his outstanding second eco-thriller starring Philly cop Doyle Carrick (after 2013’s Drift). Because Doyle’s significant other, Nola Watkins, who’s showing signs of rethinking their relationship, needs a break from city life, the couple take a weekend trip to Martha’s Vineyard. On the resort island, their friend Moose is worried about the dwindling bee population, which may be due to a phenomenon, known as Colony Collapse Disorder, that inexplicably leads to disappearances of whole hives. Even as Moose spearheads a research project on CCD, a corporation has received permission to introduce genetically modified bees into the island’s ecosystem. After they return to Philadelphia, Nola decides to take a job on the Vineyard. When Nola misses her train, Doyle drives her to the ferry and accompanies her to the island, where he agrees to lend Moose a hand. This second visit, predictably, ends up being a busman’s holiday for the detective, who finds himself involved in multiple murder investigations. Top-notch plotting enhances McGoran’s sympathetic, flawed lead. Agent: Stacia Decker, Donald Maass Literary Agency. (Aug.)
close
Details