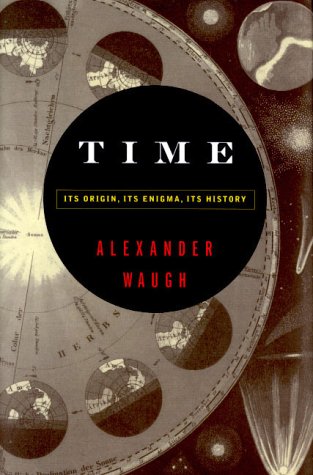 Time: Its Origin, Its Enigma, Its History

From the beginning of time to the end of days, from the 60-second minute to the Roaring '20s and the first millennium, the confident Waugh (author of Classical Music: A New Way of Listening, and grandson of novelist Evelyn) has written a zippy and hard-to-classify meditation on types and ways of thinking about time. Each of Waugh's chapters covers one unit of time (seconds, centuries) or one subject related to it (the Big Bang, the afterlife). Sumerian counting methods, early medieval theology, Anglo-Dutch disputes over the spring-driven pocket watch, 19th-century essayist William Hazlitt, the rise and fall of Greenwich Mean Time and a 156-year-old tortoise (among other topics) give zest to Waugh's paragraphs. Waugh clearly has assembled this intriguing book from his own researches; he seems especially good on English folklore and on ancient Rome. Sometimes he presents legend as if it were truth, however, or makes mistakes. Zeno's paradoxes (in which a tortoise wins a race with Achilles) did not go mysteriously unsolved until the invention of quantum theory. The Greek-language Old Testament called the Septuagint wasn't really produced by six translators from each of Israel's 12 tribes. The ""existence of life"" cannot refute the laws of thermodynamics. And so on. Moreover, Waugh can be funny, but his attempts at verve and humor make him sound silly or glib: the ancient Sumerians brought, he writes, ""a much-needed element of calm into the frantic maelstrom of ancient life""; and he says, ""It is a wonder that Jesus was so thin, for food was never far from his thoughts."" Plenty of readers may enjoy Waugh's work, but its flaws detract from its appeal. (May)
close
Details