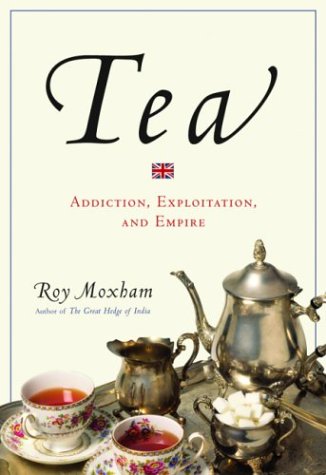 TEA: A History of Addiction, Exploitation, and Empire

Moxham () tells the story of how Britain's thirst for tea meshed with its thirst for empire, with devastating repercussions throughout the world. He points out that after tea first came to England from China in the 1700s, it was in great demand but heavily taxed, which led to an increase in smuggling and eventually played a role in England's loss of the American colonies. He then shows that as tea consumption rose, the East India Company paid for Chinese tea with Indian opium, with consequences that resonate in China to the present day. Then, in the mid-1880s, the East India Company began growing tea in India, which culminated in the importation of slave labor from China, Malaya and Bengal. Flogging, low wages, inadequate food, substandard housing and nonexistent medical care contributed to miserable conditions for these workers. Once tea workers started to unionize and nationalism threatened British domination of the tea industry in India, the British turned to Africa. Moxham concludes his provocative book with a description of the year he spent in 1960 as assistant manager on a tea estate in Nyasaland (now Malawi), where the British planters were still arrogantly confident of their racial superiority and fiercely opposed to Nyasaland's growing independence movement. Moxham's searing history of the commodity that has for centuries been so important for England's economy provides plenty of food for thought to go with that next cup of tea. Illus. not seen by . ()