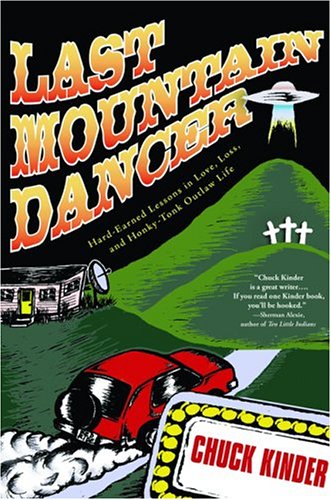 At the beginning of this bawdy, in your face, hugely entertaining bear of a book, Kinder explains that he intends to tell readers about his home state, West Virginia, land of "legendary mountain dancers, moonshiners, stupendous marijuana farmers, snakehandlers, blood-feudists, mystery midgets, mothmen [and] horny space aliens who drop into my home state as regular as clock-work in order to engage in extra-terrestrial sex with a multitude of juicy West Virginia majorettes...." On sabbatical from his professorship at the University of Pittsburgh, Kinder travels home to mine the state's legendary depravity. Family members, old drinking buddies, new drinking buddies and a host of others flood the narrative. Sparks fly, plans are hatched, threats are made and a lot of legally questionable activity is engaged in, and Kinder's fine prose relates it all. But the sheer density of outlandish behavior and credibility-stretching hijinks can, at times, be exhausting. Through the unending consumption of booze, controlled substances and sex, Kinder seems unable (or unwilling) to let any detail go unmentioned. He thereby loses a bit of perspective on both the foreground subject (Kinder and his life and travails), as well as the background (West Virginia and its place in the annals of strange and nobly benighted Americana). Still, Kinder's unflappable, humble demeanor and heartbreaking humanity hold this sometimes unwieldy book together.