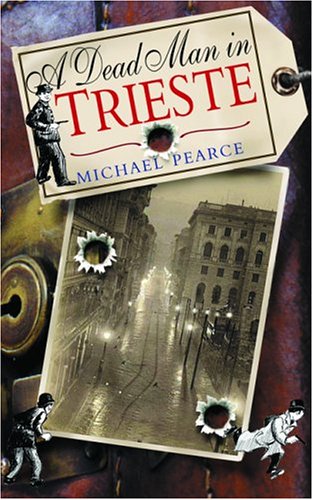 A DEAD MAN IN TRIESTE

British author Pearce, creator of the acclaimed Mamur Zapt historical series ( , etc.), makes the case for a larger fan base with this first in a new series, set early in the 20th century amid the growing erosion of the power of the Austro-Hungarian Empire and the burgeoning Balkan conspiracies that will eventually spark WWI. The British foreign office plucks Sandor Seymour of Special Branch from Whitechapel and assigns him to surreptitiously investigate the disappearance of Lomax, the British consul in Trieste, a major seaport for the empire. Posing as a lowly king's messenger who's just passing through town, the affable and matter-of-fact sleuth quickly manages to insinuate himself into the missing man's bohemian circle of artists and revolutionaries. Those contacts soon prove invaluable when Lomax's corpse surfaces and Seymour must battle competing local police forces to solve the murder. Fans will find Seymour quite familiar, since like Gareth Owen, the hero of Pearce's Egyptian series, he is adept at mixing detection with diplomacy. Pearce again demonstrates his skill at making the past come alive and at seamlessly weaving actual political intrigues into his plot.