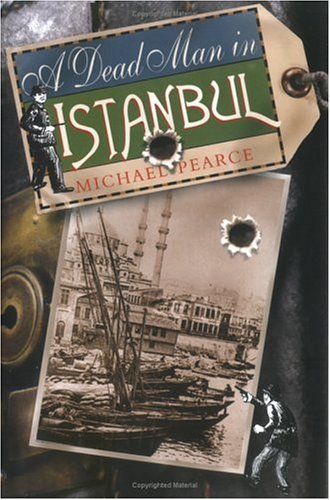 A Dead Man in Istanbul

Pearce's second espionage-flavored whodunit may strike even his fans as overly derivative of its predecessor, (2004). The wry humor of the author's acclaimed Mamur Zapt historicals ( , etc.), set in colonial Egypt, is less evident in this series, and the shifting locales make it more dependent on its hero, Sandor Seymour, an unobtrusive Special Branch detective. In 1911, Seymour travels to Istanbul to solve a murder of interest to the Foreign Office—Cunningham, the undersecretary of the British embassy, has been shot, after attempting to swim the Dardanelles straits. As the victim had a reputation as a ladies' man, Seymour's circle of suspects includes the man's lovers, as well as a variety of political players attempting to shape the future direction of the tottering Ottoman Empire. The unsurprising solution, coupled with Seymour's relatively undefined personality, leaves room for improvement in the next installment.