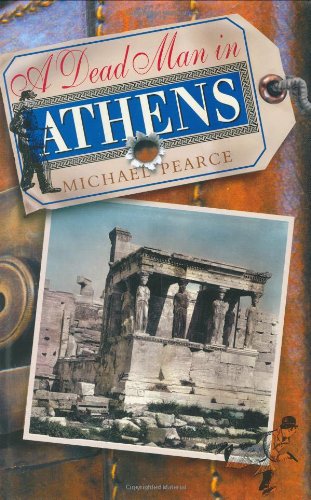 A Dead Man in Athens

Pearce hits his stride with his third mystery (after 2005's ) to chronicle the international exploits of Sandor Seymour, a polyglot Scotland Yard detective who's just as engaging as Owen Gareth, the hero of Pearce's Mamur Zapt series set in early 20th-century Egypt. In 1912, Seymour leaves London's East End for Athens to investigate the poisoning of the cat of the Sultan of Turkey, who has been exiled to Greece. Given the perpetually strained relations between the Greeks and Ottomans and the broader political turmoil on the eve of WWI, the authorities fear the cat's death may presage an attempt on the sultan himself. Sure enough, a human death follows, and Seymour's mission gathers momentum and urgency. By effectively wedding prewar intrigue to an often humorous plot, Pearce should retain the loyalty of fans and attract new readers.