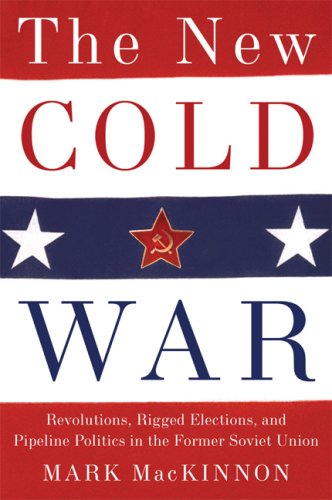 MacKinnon, a former Moscow bureau chief for Toronto’s , explores the theory and practice of “managed democracy” in this well-researched and engrossing investigation into post-Soviet politics. While Putin cements power in Russia by co-opting now independent neighboring countries, pro-democracy advocates—including the likes of George Soros, as well as familiar organizations like Freedom House—work with the American government to support Western-oriented movements and political parties in the region. Focusing on the Commonwealth of Independent States and other formerly Soviet-influenced states such as Serbia and Slovakia, MacKinnon chastises both democrats and authoritarians for their actions. While officially nonpartisan, Western organizations make no secret of their allegiances and goals, he shows. For example, the U.S.-Ukraine Foundation, which received extensive support from U.S. taxpayer-funded USAID during the Orange Revolution of 2004, is run by the wife of Ukrainian president Viktor Yushchenko. In a recent Ukrainian election, he notes, a number of foreign (mostly Canadian) poll watchers “had to be asked to remove orange Yushchenko scarves so as to at least maintain the appearance of neutrality.” MacKinnon’s provocative book will interest anyone concerned about the possibilities and shortcomings of democratic change and popular revolution.