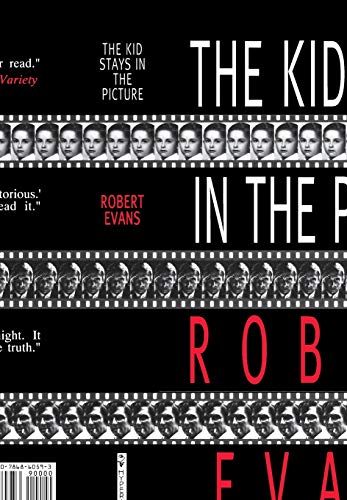 The Kid Stays in the Picture

Major movie producer Evans, self-described ``bad boy of Hollywood,'' sums up his lifelong personal style succinctly in his memoir's last line: ``Resolve: Fuck 'em, fuck 'em all...'' Chronicling his high-drama life, Evans paints a riveting, self-promoting picture of his 30-year career in the film industry, from his 1956 debut in Man of a Thousand Faces to his lengthy stint, beginning in 1967, as the head of Paramount Pictures, where he oversaw the production of such cinematic hits as Barefoot in the Park; The Odd Couple; Goodbye, Columbus; Harold and Maude; Rosemary's Baby; The Godfather; Love Story; and Chinatown. In a predictably confident, often feisty tone, Evans describes his rise, fall and what he calls his recent return to the upper echelons of Tinseltown power, as he recalls personal encounters with, and memories of, such show-biz brand names as Errol Flynn, James Cagney, Jack Nicolson, Mia Farrow, Mike Todd, Francis Ford Coppola and two of his wives, Ali MacGraw and Phyllis George. Offering a real insider's view of Hollywood, Evans's memoir is easily worth the price of admission. (Sept.)
close
Details