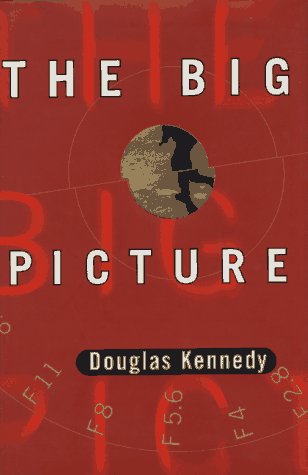 This astonishingly assured first novel, by an American working in London as a journalist, has a breathless readability that is rare-particularly as it seems at first to cover pretty familiar territory. Ben Bradford is a Wall Street lawyer living a comfortable life in Connecticut, with a wife and two small children, but he seems to be heading, rather early, for a midlife crisis. He had always wanted to be a photographer, still putters around at it, but feels his life is ebbing away. Beth, his wife, a frustrated novelist, is increasingly estranged from him. Then Ben discovers she has taken a lover-ironically, another failed photographer-and in a confrontation with the man, Gary Summers, Ben's accumulated rage leads to a moment of murderous madness. Both Beth's infatuation with Gary and Ben's maniacal rage seem rather out of character, but with that caveat, the rest of this headlong novel grips like a vise as Ben carefully covers up his crime, disappears and takes on his victim's identity. The Big Picture has to be the most careful and imaginative exploration of such a situation ever penned, from the details of how one convincingly contrives an apparent accidental death to the minutiae of building a new life, unrecognized, in a far place. In Ben's case, it is a small town in Montana, and his born-again existence there is rich in ironies, from his eventual success as a photographer to his ultimate need to disappear yet again. The book is more than just a compelling read: it also has poignant and moving things to say about lost opportunities and wasted lives in America, the cynical quality of sudden fame, the awfulness of willed separation from deeply loved children. There is a lot of excitement in the air about Kennedy's novel, and it is thoroughly justified. 400,000 first printing; $750,000 ad/promo; Literary Guild and Doubleday Book Club selection; film rights to Fox2000 (Apr.)
close
Details