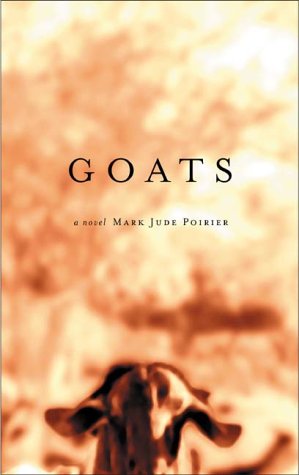 Short story writer (Naked Pueblo) Poirier's oddball first novel brings together an assortment of good-natured druggies, New Age caricatures, feuding divorc es and human-like goats. The protagonist of this meandering but ingratiating rites-of-passage tale is Ellis Whitman, an articulate, hyperintelligent 14-year-old with a marked affinity for recreational drug use. Raised in Tucson, Ariz., by his flighty, fad-crazed mother, Wendy, and her perennially high ""domestic help,"" a laid-back marijuana enthusiast called Goat Man, Ellis faces the first major challenge of his heretofore pampered life when he's sent off to Gates, an exclusive Pennsylvania boarding school. Since Ellis has spent most of his youthful existence toking up and spacing out with Goat Man (who functions as something of a surrogate father and ganja-addled guru for him), life at a rigid, elitist East Coast prep school like Gates initially leads to some culture shock. Fortunately, Ellis is nothing if not adaptable, and he takes to his new environment, befriending his doltish roommate Barney; developing a crush on Minnie, a pretty dining-hall server; and excelling in practically every class that he attends. Poirier intercuts deftly observed scenes of Ellis's day-to-day life at Gates with some offbeat interludes, in which we watch the sage but stoned Goat Man interact with the childish, easily manipulated Wendy and her parasitic boyfriend, Bennet. Goat Man's occasional treks through the wilderness with his pet goats--Frieda, Lance, Gigi and Mr. T.--also allow Poirier to pontificate, a little clumsily, on the latent humanity present in brute animals and vice versa. Such awkward lapses are infrequent, however. With its low-key humor and idiosyncratic views on family, drug use and the modern American caste system, this is an engaging and perceptive debut. The book's shimmering, golden cover is an eye-catcher. 4-city regional author tour. (Feb.)
close
Details