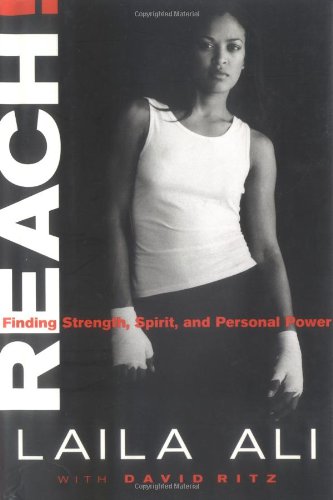 Twenty-three-year-old professional boxer Laila Ali, daughter of Muhammad Ali and Veronica Porche, notes, "I've always been a little suspicious of people who write books the minute they get famous... if I write a book... it's going to have to help people—and tell the truth." Ali attempts to do that, but falls slightly short, offering instead a chronicle of her childhood and career thus far. In a direct, no-nonsense narrative, she discusses her feelings of isolation as her parents focused more on their public face than on family. She endured physical abuse, arrests, stints in jail and stays at a group home. Ali admits she was a difficult child, uninterested in school and sometimes mingling with the wrong crowd, but given the lack of supervision, this isn't surprising. Ali's honesty is appealing and readers will be sympathetic to her adolescent difficulties. However, her book lacks a strong motivational element. While Ali discusses her own development, she fails to generalize for readers. The chapter headings (referred to as "rounds") suggest a self-help message (e.g., "Developing Independence"; "Coping with Confusion"), yet Ali merely shares her experiences and doesn't offer advice. Some readers will be inspired by the author's words, e.g., "Everyone's story is special" and "Success is built on a foundation of hard work," but had Ali explained more of her decisions rather than simply recording the events of her life, her book would have been a more valuable inspirational tome.