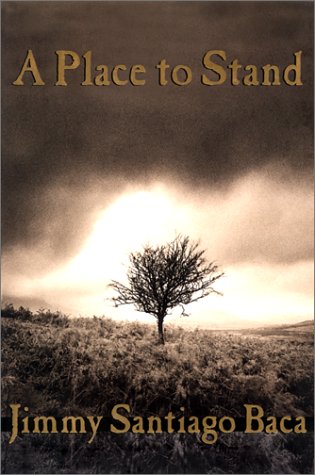 A PLACE TO STAND: The Making of a Poet

While readers may find Baca's poetry more dazzling than this prose memoir about how he became a poet, the author still manages to capture both the reader's interest and sympathies. Baca traverses his life, starting with his childhood in rural New Mexico—where both parents essentially abandoned him—his adolescence in "juvee" halls and his days as a drug dealer. The story leads up to an account of five years in a maximum-security prison in Arizona, and the unusual personal transformation that occurs there through his learning to read and write; eventually, he discovers his poetic voice. The text is structured like a conversion narrative in which Baca's past symbolizes all that is unhealthy and his poetry-oriented future is filled with the hope and optimism that come from discovering something divine in the midst of darkness. The darkness is often literal, as when Baca is describing his lengthy solitary confinements. He also recounts the intricacies of prison politics, in which failure to gain respect and alliances forged with the wrong people can mean death. Oddly, certain story lines are simply dropped along the way, such as his charge that the prison was lacing his food with strong psychoactive drugs. It is too bad that Baca's prose is frequently flat ("Poetry enhanced my self-respect. It provided me with a path for exploring possibilities for life's enrichment that I follow to this day"), especially when reflecting upon abstract topics, since the content of his story is so interesting and his poetry simply shines.