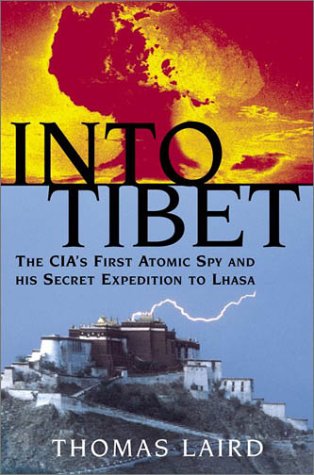 INTO TIBET: The CIA's Secret Expedition to Lhasa

Laird, a journalist for who has lived for many years in Nepal, traces the story of two CIA agents, Douglas Mackiernan and Frank Bessac, sent on an intelligence expedition to Tibet in 1949–1950, at the height of U.S. concern about the Soviet Union's atomic experiments and the spread of communism in China. Mackiernan (who was killed during the mission, the first undercover CIA agent to die in the line of duty) and Bessac, with several other cohorts, trekked through Tibet on foot, gathering atomic intelligence and establishing regional contacts. The mission was part of a U.S. attempt to arm Tibet, and Laird argues that the American presence may have precipitated China's invasion of the country, which the U.S. abruptly abandoned (cutting off covert funding) after establishing diplomatic relations with China in the 1970s. Focusing on the heart-stopping details of the expedition itself, Laird gives the now familiar story of callous CIA manipulation an absorbing twist. The need for lengthy historical context, however, results in a number of digressions on subjects such as the Tibetan earthquake of 1950 that disrupt an already meandering story and, in their brevity, are often simplistic. Further, much of the source material remains classified, forcing Laird to speculate a great deal. This (perhaps unavoidable) approach raises questions of whether Laird has the whole story. Although the adventures make for interesting reading, a lack of critical facts and focus undermine this account.