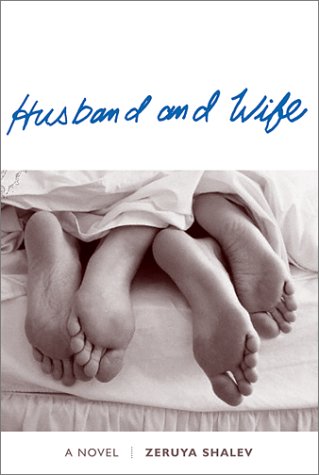 Little occurs outside the racing mind of Na'ama Newman, the intensely thoughtful narrator of this second novel by Shalev (). Na'ama is a social worker who heals ailing young mothers and their children, though she is unable to turn an observant eye on the lives of her own husband and child, or herself. When her husband, Udi, a healthy hiking guide who periodically leaves the family for long, solitary jaunts into nature, wakes up one morning unable to move his legs, Na'ama begins an inner monologue, wrestling over whether to take him to the hospital, where she will surely have to share him and the blame for whatever ails him with nurses, doctors and the rest of the world, or whether to keep him at home, where she and their nine-year-old daughter Noga can finally have a constant relationship with him. As Udi lies in bed, Na'ama's thoughts crash against each other: she recalls a brief though damaging affair, the perfection of her and Udi's adolescent love, and the ways Noga has borne the brunt of their sour marriage. When Na'ama learns Udi is suffering from conversive paralysis, a sickness in which mental stress is expressed physically, she is wildly jealous of the illness, saying, "so that's what she's called, his new woman, conversion." Shalev, an Israeli literary editor, has created a novel entirely devoid of standard dialogue, choosing instead to convey snatches of conversation, arguments and whispers of love in stream-of-consciousness prose. Her language is hauntingly, painfully lyrical, and her understanding of the conflicted human yearning for connection and solitude astounds.