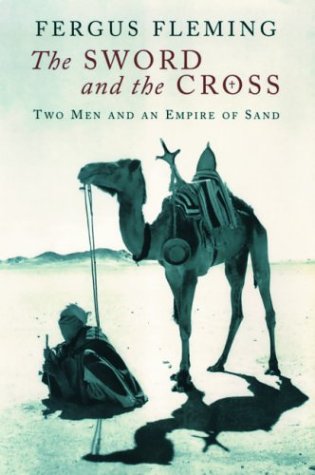 THE SWORD AND THE CROSS

Adventure writer and historian Fleming (, etc.) turns to French colonial Africa for his latest chronicle of historical (mis)adventure. His meticulous research and fascination with the physical hardships faced by men bent on discovery and conquest are on impressive display. Following the sometimes parallel, sometimes intertwining biographies of Charles de Foucauld and Henri Laperrine, Fleming reconstructs the French colonial crusade in northern Africa that began with France's conquest of Algeria in 1830. Following a series of disgraces in the imperialist race, France needed the Sahara to resurrect its honor on the world's stage. Fleming concludes, "France was conquering Africa just for the sake of it." Foucauld and Laperrine met as soldiers during the Bou-Amama war in Algeria in 1881, and while Laperrine became a career soldier and Foucauld matured from a hedonistic womanizer into an evangelical ascetic, they remained friends until Foucauld's assassination by Muslim fundamentalists in 1916. Until their deaths (Laperrine died of thirst amid the dunes after a plane crash), the two men dedicated themselves to France's cause with zeal. As Fleming writes, "Evangelization was the mortar that imperialists hoped would turn the desert from conquered territory to complaisant colony," and while Foucauld became "a pawn in the colonial game," Fleming recognizes that most likely "he used the military as much as they used him." What emerges most notably from this dense, detailed history is Fleming's description of the colonialists flirting time and time again with a desert seemingly inimical to human life. As Fleming concludes, "The tragedy of their existences lay not so much in time as in landscape... the Sahara was the same after their deaths as before." 3 maps.