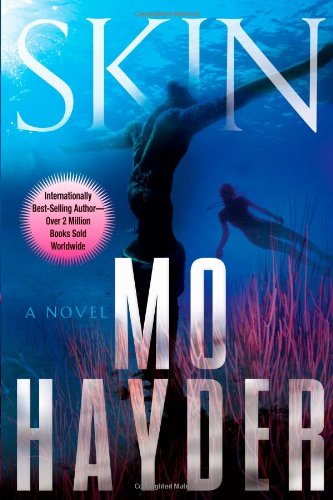 Det. Insp. Jack Caffery of Bristol's Major Crime Investigation Unit looks into the case of Misty Kitson, a footballer's wife who vanished from rehab, in Hayder's chilling thriller, which picks up a few days after the grisly climax of 2008's . Caffery is distracted by the apparent suicide of a young man who he's convinced shows signs of mutilation similar to the victims of , the African black magic that figured in the previous book. Meanwhile, Sgt. Phoebe “Flea” Marley, a police diver, is busy exploring a series of flooded quarries in search of a missing woman, but her mind is elsewhere, too: the discovery that her brother, Thom, plays a vital role in Misty's much publicized disappearance. After two more alleged suicides, Caffery isn't sure if he's imagining a connection to , or if the answer is closer to home but no less deadly. Hayder captures the claustrophobia of Flea's dives in unsettling detail and continues to build on her two damaged heroes.