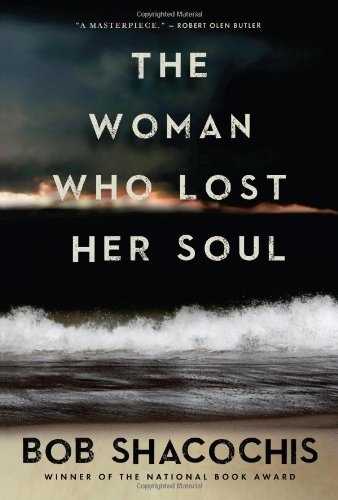 The Woman Who Lost Her Soul

In Shacochis’s powerful novel of sex, lies, and American foreign policy, 1990s Haiti, Nazi-occupied Croatia, and Cold War–era Istanbul are shown as places where people are pulled into a vortex of personal and political destruction. After leaving Haiti’s Truth Commission, lawyer Tom Harrington returns to Florida and family routine until a private investigator asks him to help a client accused of murdering his wife, Renee Gardner, whom Harrington knew in Haiti as Jackie Scott. Harrington once took Jackie to a voodoo priest so she could ask him to restore her soul, and in flashbacks we discover why. First, Shacochis shows Jackie’s father, Stjepan, as an eight-year-old Croatian boy during the German occupation who witnesses his father’s beheading and his mother’s torture. Forty years later, a teenage Jackie, then called Dorothy Chambers, learns the meaning of secret service from her father, who’s serving as an American diplomat in Turkey. A brutal American-style le Carré, Shacochis details how espionage not only reflects a nation’s character but can also endanger its soul. Gritty characters find themselves in grueling situations against a moral and physical landscape depicted in rich language as war-torn, resilient, angry, evil, and hopeful. Agent: Gail Hochman, Brandt & Hochman. (Sept.)
close
Details