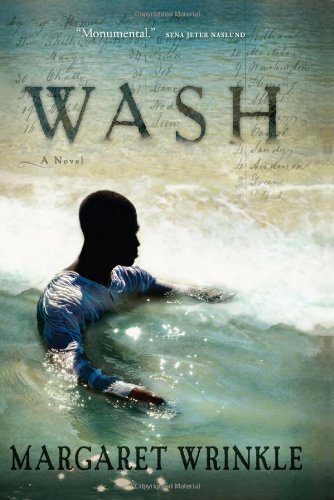 In this deeply researched, deeply felt debut novel, documentarian Wrinkle (broken/ground) aims a sure pen at a crucial moment following America’s War of Independence when the founding fathers yearned to free the country from the tyranny of slavery. At the center of this story stands Revolutionary War veteran Gen. James Richardson and his slave, Wash. Like Faulkner’s Thomas Sutpen of Mississippi, Richardson had depended on slaves to “carve out of nothing” a plantation on the Tennessee frontier. Though Richardson had wanted to leave slavery behind, he’s driven by greed and still involved with it, he says, “because I can’t stay out of it.” Imagining that the waves of settlers heading further west will need even more slaves, Richardson studs out Wash to neighboring plantations and fills the region with his visage—not the “R” branded to his cheek by his keepers, but Wash’s “dark eyes that let you fall right inside,” his “thick brows... like wings” and what the midwife who becomes Wash’s lover, Pallas, upon later meeting some of Wash’s biological children, calls, “[t]hat dead on, straight ahead way he had.” Worried that another slave, jealous over whom Wash has been forced upon, might come at Pallas for revenge, Wash says he feels “nailed down in a way I want to pull up from. But it’d take too much skin so I don’t.” Undulating between a lyrical third-person narration and the meditative first-person accounts of Wash, Pallas, and a slowly cracking Richardson, the novel well evokes the tragedy not only of the lovers’ untenable positions, but also that of their master and his fragile country. Agent: Marly Rusoff, Marly Rusoff & Associates. (Feb.)
close
Details