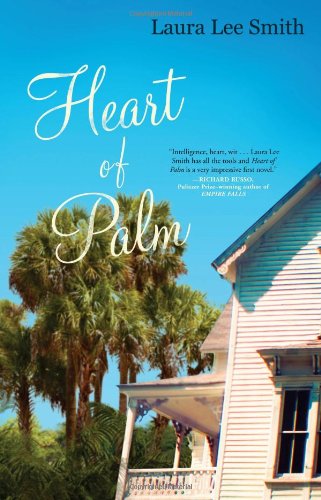 Independence Day is a turning point for the Bravo family of small-town Utina on Florida’s Intracoastal Waterway. It’s the day they must consider a multimillion-dollar offer for the formerly backwoods, now valuable, land surrounding the family restaurant and their adjacent home. For the contentious brood’s matriarch, 62–year-old Arla, the deal would mean ending the reclusive life she’s led since her feckless husband Dean decamped two decades ago. For her emotionally volatile daughter, Sofia, it would mean losing her home. For Carson, the eldest son, the windfall could cover the Ponzi scheme he’s been running out of his St. Augustine investment firm, while for middle son Frank, the restaurant manager, it might mean a new beginning with Carson’s wife, Elizabeth. For all of them, accepting the offer would involve leaving the place where the youngest brother, Will, died tragically 20 years ago on July 4, the victim of his father’s irresponsibility and his brothers’ jealousy. The Bravos, once notorious Utina badasses, find their adult ties of guilt and regret beginning to frazzle as long-dormant resentments emerge. Smith’s debut novel exudes authenticity as she chronicles the lives of her “Southern Crackers,” mired in bad behavior and feelings of inferiority. She turns a phrase with wit, especially when good old boys discuss football (the Florida Gators) and sex. Like a long hot summer, the plot meanders through daily events and combustible emotions, but gains depth with a prodigal’s return, a wedding, a marital separation, two deaths (spoiler alert: one is a dog), a sibling brawl, a botched shooting, and a surprising final twist. Writing with agility and empathy, Smith ends this atmospheric family saga on a note of reconciliation and forgiveness. Agent: Judith Weber, Sobel Weber Associates. (Apr.)
close
Details