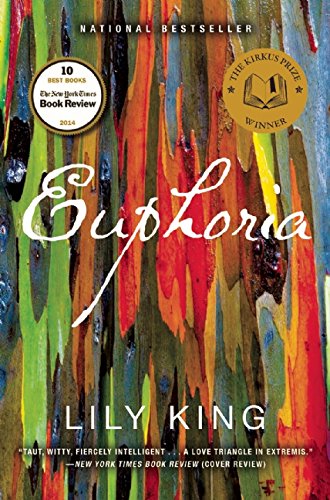 The love lives and expeditions of controversial anthropologists Margaret Mead, Reo Fortune, and Gregory Bateson are fictionalized and richly reimagined in New England Book Award winner King’s (Father of the Rain) meaty and entrancing fourth book. Set in the 1930s in Papua New Guinea, this impeccably researched story illuminates the state of the world as clearly as the passion of its characters. Many years into his study of the isolated Kiona tribe, Andrew Bankson (the stand-in for Bateson here) is recovering from a recent failed suicide attempt when he meets with renowned anthropologist Nell Stone (Mead) and her fiery husband Fen (Fortune) at a party. His vigor for life renewed after meeting them, Andrew introduces the couple to the tribe they’ll be studying, who live a few hours away, down the Sepik River. Before long, Andrew becomes obsessed—not just with his work but with Nell, and the relationship tangle sets off a fateful series of events. While the love triangle sections do turn pages (Innuendo! Jealousy! Betrayal!), King’s immersive prose takes center stage. The fascinating descriptions of tribal customs and rituals, paired with snippets of Nell’s journals—as well as the characters’ insatiable appetites for scientific discovery—all contribute to a thrilling read that, at its end, does indeed feel like “the briefest, purest euphoria.” [em]Agent: Julie Barer, Barer Literary. (June) [/em]
close
Details