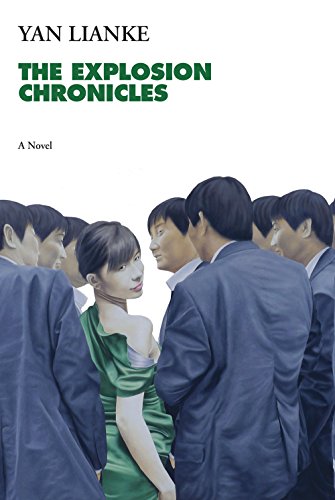 Lianke’s novel, a powerful, vividly imagined metafictional tale of a rural community’s rapid transformation into an urban metropolis, seeks to portray the “unrealistic reality... non-existent existence... impossible possibility” of life in contemporary China. The small mountain village of Explosion was founded during the Song dynasty; by the late 1970s it is the home of the extended Kong, Zhu, and Cheng families, and bears the marks of the Cultural Revolution. When Kong Mingliang, the second son of farmer Kong Dongde, decides to gain power, his supporters, rejecting the old communist village chief, Zhu Qingfang, literally drown Qingfang in spit. Thus begins the conflict that will define, and ultimately doom, Explosion; Mingliang brings prosperity to the villagers by teaching them how to steal from passing trains, but he is challenged by Qingfang’s daughter Zhu Ying, a sex-work entrepreneur who makes sexual shock troops of the young women of Explosion. Explosion’s growth is as fantastic, and as violent, as Ying’s relationship with the increasingly powerful Mingliang; flowers bloom and wilt according to the city’s fortunes, and foreign investment finally arrives thanks to an extraordinary set piece in which the townspeople create a Potemkin-village war-era Vietnam, complete with civilian casualties, to entice American investors. Lianke (The Four Books) notes his affinity with Latin American magical realism and calls his own work “mythorealism,” a style capable of “captur[ing] a hidden internal logic.” Readers will be haunted by the patterns of greed, revenge, and obsession that Lianke’s satire makes vibrantly visible. [em](Oct.) [/em]
close
Details