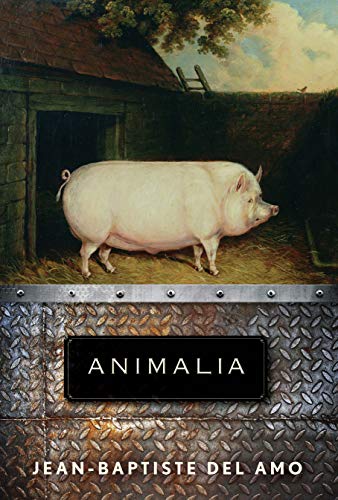 Del Amo’s pungent, nightmarish English-language debut describes, in a mythic, arresting style, the bleak fates of a cursed family and the pigs they rear. In the first two sections, set in early 20th-century France in the village of Puy-Larroque, a family ekes out a living farming on the “hostile, implacable land.” A stony mother (referred to solely as “the genetrix”) oversees the operations as her ailing husband wastes away and her daughter, Eléonore, chafes against her domineering ways. In the next sections, set in the 1980s, four generations of the family are living on the farm, now a full-blown piggery, described in Del Amo’s unsparing rendering as “the cradle of [the family’s] barbarism and that of the whole world.” The clan is beset with insanity, abuse, terminal illness, alcoholism, depression, incest, and financial ruin. When a giant breeding boar breaks free from its enclosure, Eléonore’s son, Henri, pursues “the Beast”—which comes to symbolize the family’s barely suppressed monstrosity—with Ahab-like vigor. The florid prose has an incantatory power well suited to the festering enmity, inhumanity, and majestic squalor on display. This uncompromising vision will leave readers breathless, thrilled, and exhausted. [em](Sept.) [/em]
close
Details