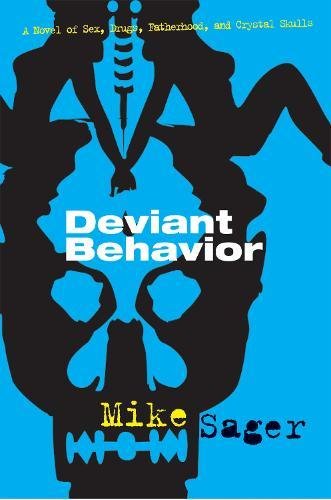 Sager blends a magnified slice of urban subculture in late 1980s-early ’90s Washington, D.C., with a subplot about powerful mystical artifacts. reporter, reluctant new father, “urban pioneer” and druggie Jonathan Seede is working on a book that subverts the Just Say No movement. Things hit a snag when his main source, the Pope of Pot, a “do-gooder” dealer who only sells primo pot, gets framed by dirty cops for dealing coke. One of the pope’s possessions—a crystal skull rumored to have magical powers—ends up in the hands of a runaway who finds shelter in Seede’s house. Other characters, like pimp Jamal Alfred and Salem, one of Jamal’s girls with a shady past, contribute to the sleazy milieu and provide entrée to the wealthy Bert Metcalfe, who has designs on the crystal skull. Though the supernatural elements are unfortunately muted, Sager studs his dark D.C. tale with sharp observations and an addictive neo-noir sensibility.