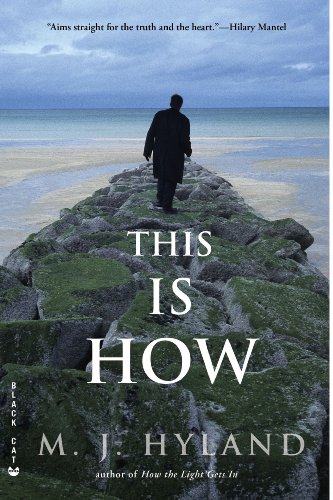 Hyland's clever prose is first-rate, but wit makes a weak substitute for insight in this novel about a deeply troubled young Englishman who seeks a fresh start, only to end up facing serious criminal charges. As a child, the unreliable 23-year-old narrator, Patrick Oxtoby, was an excellent student, but after a breakdown at age 14 he became fascinated with mechanics. Now, shortly after his fiancée leaves him, he lands in a small seaside town, takes a job at an auto repair shop and moves into a boarding house he can't afford. It seems as if Hyland misses every opportunity to delve into the roots of Patrick's awkwardness: his landlady and a local waitress provide him fantasy material, and it's clear, even from Patrick's problematic perspective, that he comes across as creepy. Nonetheless, both women inexplicably trust him, just as his parents and older brother appear to love and encourage him—until his arrest, at which point, and without explanation, they abandon him. Hyland ( ) sails across Patrick's dark exterior with humor and empathy, but as with everyone Patrick encounters, she hesitates to dive below the surface.