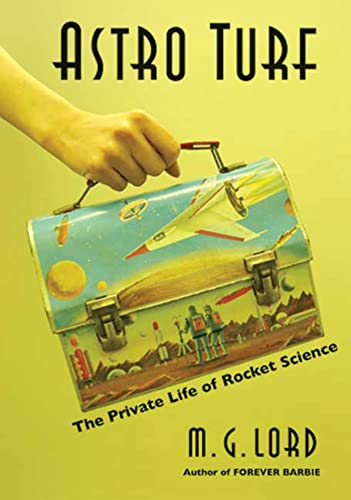 The success of the 1997 Mars Pathfinder mission—and the fact that its dynamic director, Donna Shirley, was a woman—reminded many of how far both space exploration and NASA's male-dominated culture had come. Lord ( ) ought to know. Her dad, a rocket scientist at NASA's Jet Propulsion Laboratory in California during the '60s, had a personality as distant as the stars, and his anachronistic views about women left Lord "driven by terror" to flee to college. Upon her return to JPL 30 years later to learn what made engineers, and her dad, tick, Lord confirmed that he'd simply "embraced the values of his profession: work over family, masculine over feminine, repression over emotion." WWII and McCarthyism had helped create JPL's cowboy culture; for years, the few women who worked there were encouraged to compete for the title of Miss Guided Missile, a beauty and popularity contest. Homosexuals, meanwhile, were barred from employment, even while German engineers who'd committed Nazi war crimes were welcomed with open arms. It wasn't until Donna Shirley arrived in the 1970s that the center's top-down, male-oriented management approach gradually shifted to a "partnership" model. This is an often fascinating work, and cultural critic Lord's sharp turns from family affairs to JPL history result in wonderful discoveries for readers.