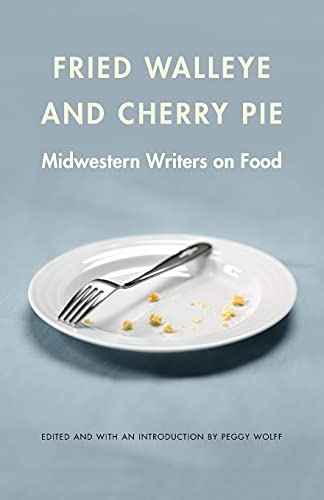 Food writer Wolff, who grew up in the Midwest and still resides there, has amassed a brilliant collection of Heartland food stories. The contents of the book range from essays by novelists (Elizabeth Berg, Jaquelyn Mitchard, and others) to works by newspaper columnists, cookbook authors, and chefs. Some are humorous; others are nostalgic, or are filled with fascinating historical facts and tidbits. The collection is organized into four major parts: “Midwestern Staples” (including an in-depth look at Chicago’s Italian beef sandwiches by Michael Stern and an ode to the fried pork tenderloin sandwich by Jon Yates); “Distant Cultures,” in which Minnesotan Anne Dimock and others examine the foods that arrived with various immigrants (in her case, rhubarb, a German-Scandinavian dessert essential for pie, kuchen, and kram); “Holidays, Fairs, and Events” (readers will be amply sated by Lorna Landvik’s culinary tour of the Minnesota State Fair); “A Full Belly” (including Douglas Bauer’s view of his mother’s hard work in her Iowa farm kitchen) and “The Midwestern Sweet Tooth” (Bundt cakes, fudge, and beyond, as in “When a Pie Is More Than a Pie” by cookbook writer Jeremy Jackson). The 30 essays and 14 recipes (a portion of which are reprints) bring the flavors of the Midwest vividly to life; but, more importantly, they dig deeply into the universal connections between food, family, time, and place. (Nov.)
close
Details