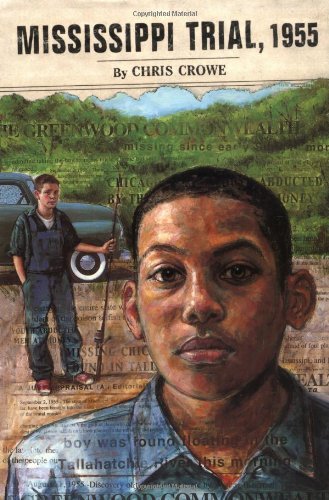 Basing his promising debut novel on historical events, Crowe adopts the point of view of a white teenager confronting racism in the 1950s South. Hiram Hillburn has resented his civil-rights–minded father ever since the age of nine, when his parents moved him from his adored grandfather's home in Greenwood, Miss., to the more liberal climate of an Arizona college town. Now that he is 16, Hiram has finally been permitted to visit Grampa Hillburn again. Crowe takes a bit too much time before arriving at the central action: the lynching of Emmett Till, a black teenager from Chicago who reputedly made "ugly remarks" to a white woman, and the nationally publicized trial, in which the murderers were acquitted. However, the author takes a nuanced approach to ethical dilemmas and his plotting seems lifelike. Events force Hiram to question his willingness to stand up for his beliefs and to reevaluate his understanding of the animosity between his grandfather and father. The characterizations are sketched with care, from the white lawyers who mock the black witnesses they cross-examine, to R.C., the bully whom Hiram suspects of participating in the crime, to R.C.'s sister, whom Hiram likes. If the conclusion feels a little hasty, Crowe's otherwise measured treatment will get readers thinking Ages 12-up.