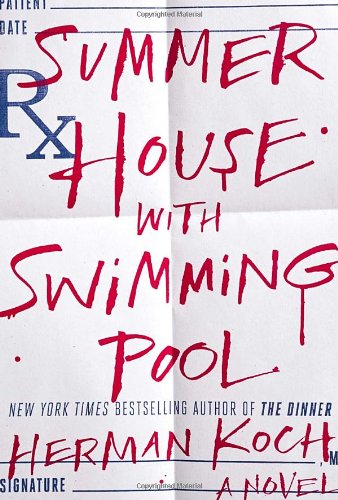 In Koch’s equally devious follow-up to The Dinner, civilization is once again only a thin cover-up for man’s baser instincts. This time out, we meet Dr. Marc Schlosser, whose practice includes a new patient, veteran TV and stage actor Ralph Meier. At a party, Marc doesn’t like the way Ralph looks at his wife, Caroline. So when Marc and his family are invited to spend part of their vacation at Ralph’s summer house (with swimming pool), Marc reluctantly accepts. There, his family mingles with Ralph’s family, as well as houseguests Stanley Forbes, a film director, and his much younger girlfriend. The air is rife with sexual tension as Ralph showers too much attention on Marc’s underage daughter, Julia, and Marc toys with having an affair with Ralph’s wife, Judith. Then tragedy strikes. One year later, through a confluence of events, Ralph is dead and Marc is implicated. Over the course of the novel, the truth about what really happened that summer is revealed. Although Koch, by his own admission, is not a mystery writer, he once again succeeds on that count without ever stinting on literary quality. And though it’s a bit too long, make no mistake: very few real-world events will distract readers from finishing this addictive book in one or two sittings. (June)
close
Details